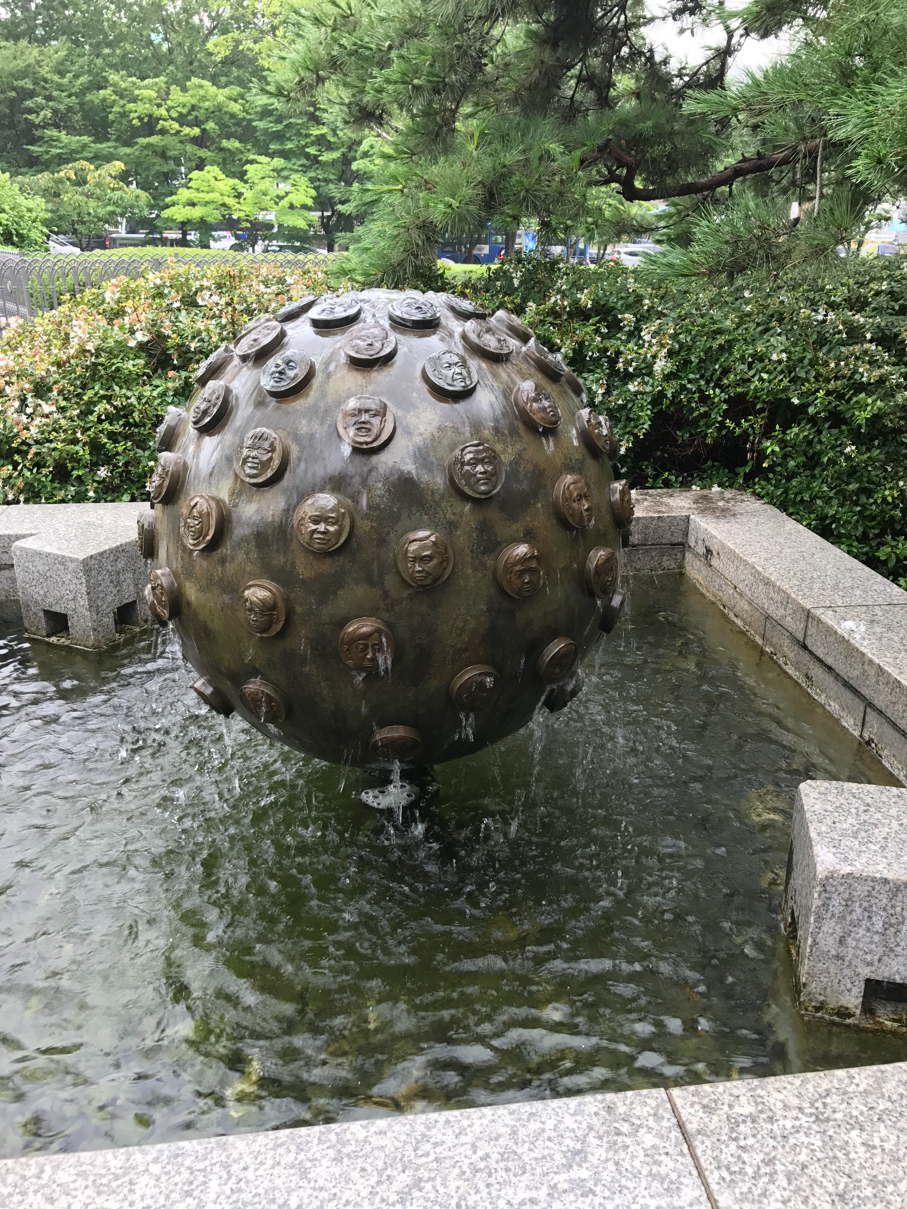 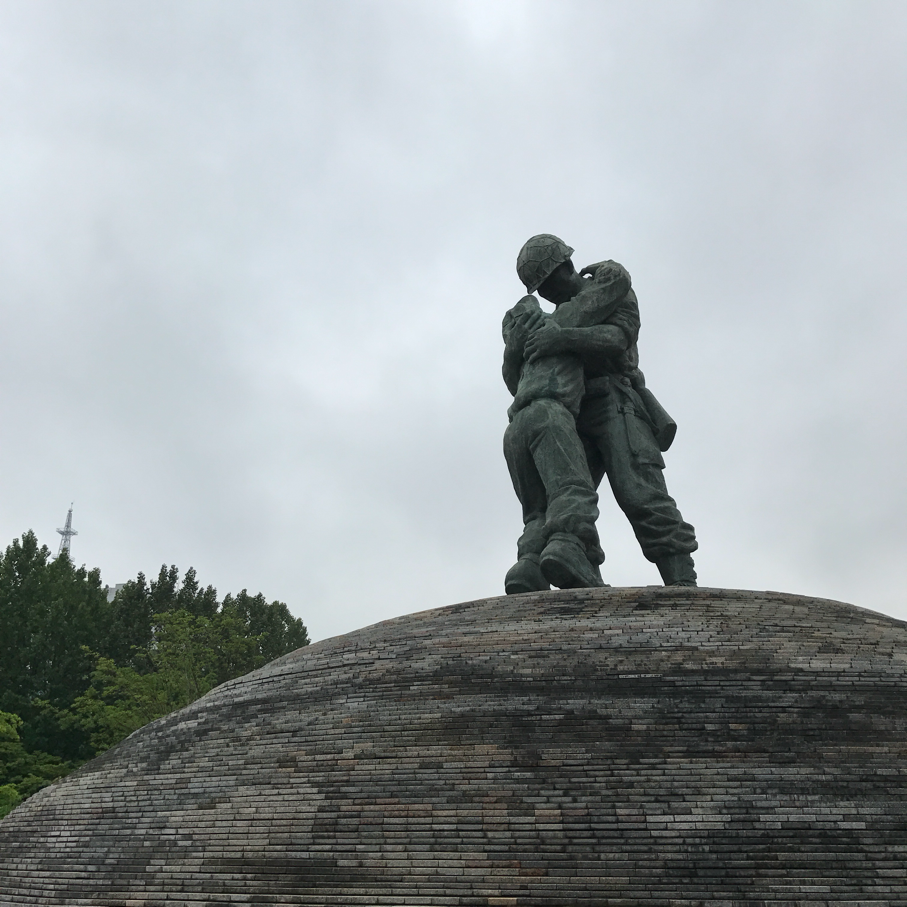 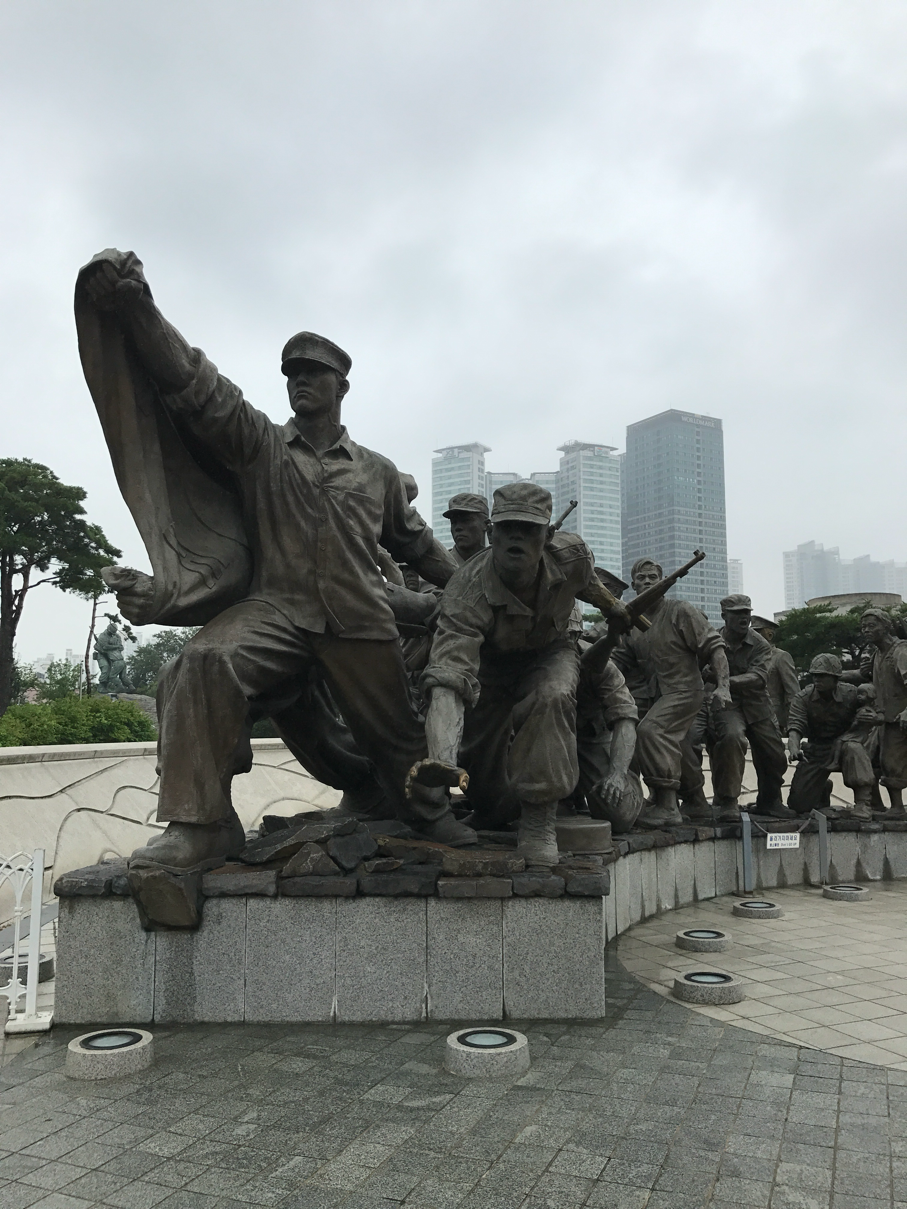 Yesterday I was finally able to see the War Memorial of Korea. It was a heavy place. All the while I thought of all the lives affected by the war at the time, and of those it still impacts to this day. 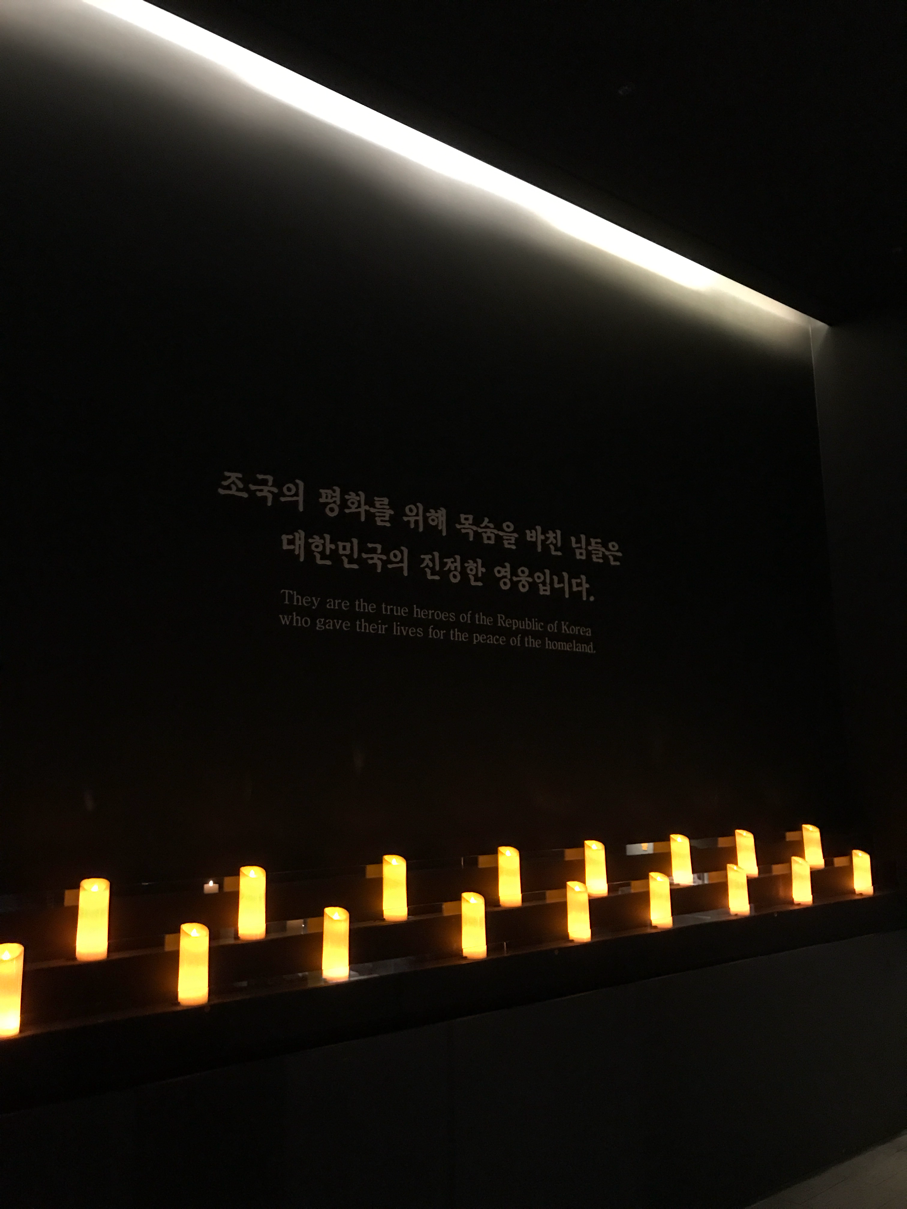 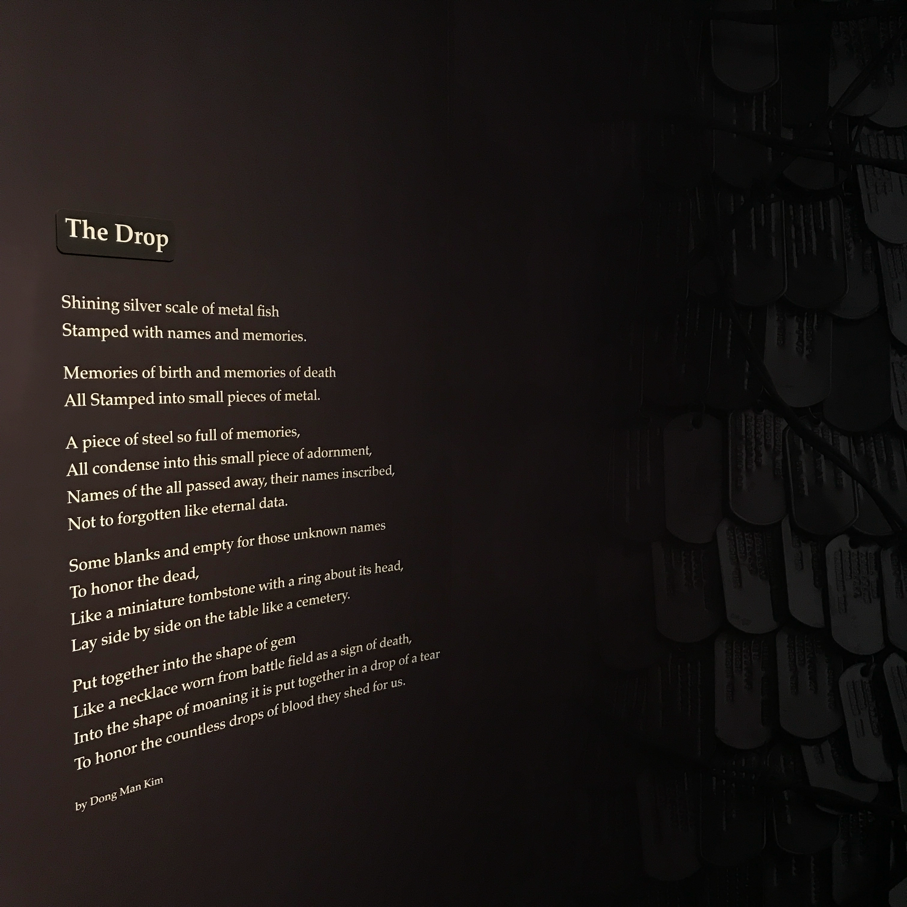 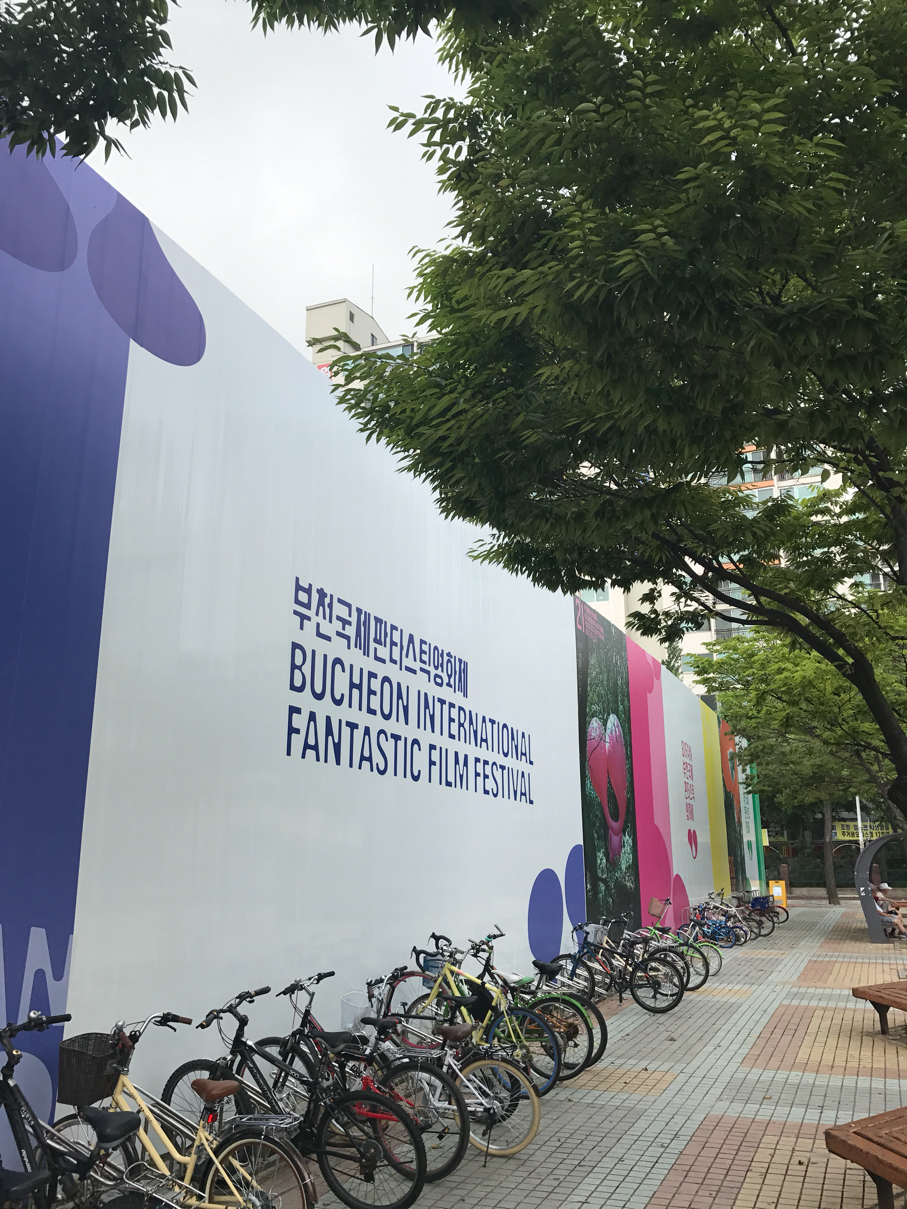 Since arriving in Seoul, a good portion of my time has been devoted to Korean cinema. This is mainly due to one of my two courses I'm enrolled in being a course on Korean film study, but also because of my never ending preoccupation with film. Thus far, this course has been extremely informative in both the subject area of the history of Korea as well as its unique film output. The course has been structured to provide a historical context for each film covered. This has given me both a better understanding of Korean history as well as the strong correlation that exists between sociopolitical circumstances and Korean cinema (a fact that makes Korean film output all that more interesting).
Naturally, when I heard about a film festival taking place in a town just outside of Seoul I decided to go. The festival, taking place in the town of Bucheon and aptly titled Bucheon International Fantastic Film Festival, was about an hour and fifteen minute subway ride away from where I'm staying. So I selected two Korean films to see that looked interesting and headed out. The two films I selected coincidentally starred the same actress, Jeon Do-yeon. The first film was The Contact (1997). A romance set in the time when messenger communication on computers was new technology, it portrays a realistic view of relationships. As the film was letting out I ran into my professor who informed me, by happenstance, that Jeon Do-yeon was making an appearance at the screening of the second film, to sit in on the showing and give a talk afterwards.
The second film I saw was Secret Sunshine (2007). This was a film about the tragedy that befalls a mother and her son after moving to her late husband's hometown. Deeply unsettling and extremely human, this film is a no frills look at the extent of our ability to cope with tragedy.
Here is Jeon Do-yeon appearing before the showing of Secret Sunshine. 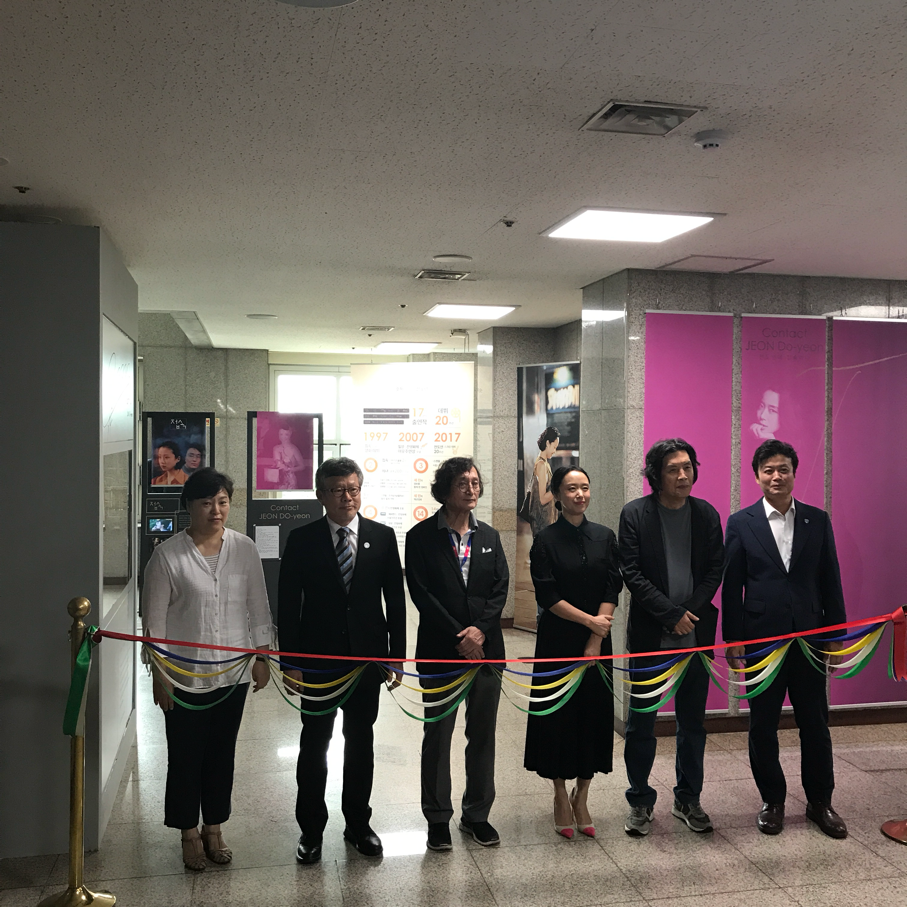 It was my first time going to a film festival, and I am thankful it was in Korea.
at July 20, 2017 No comments:

A Week in Seoul 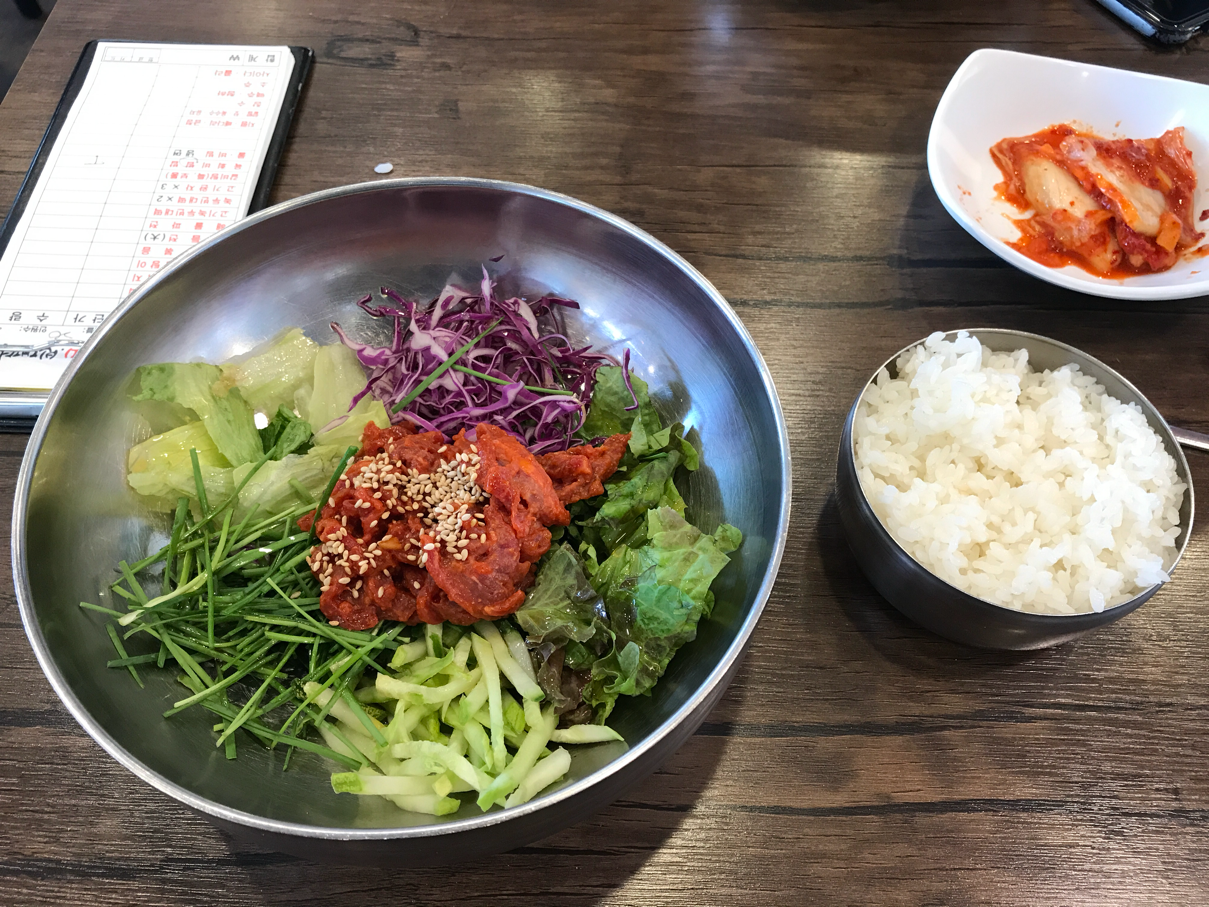 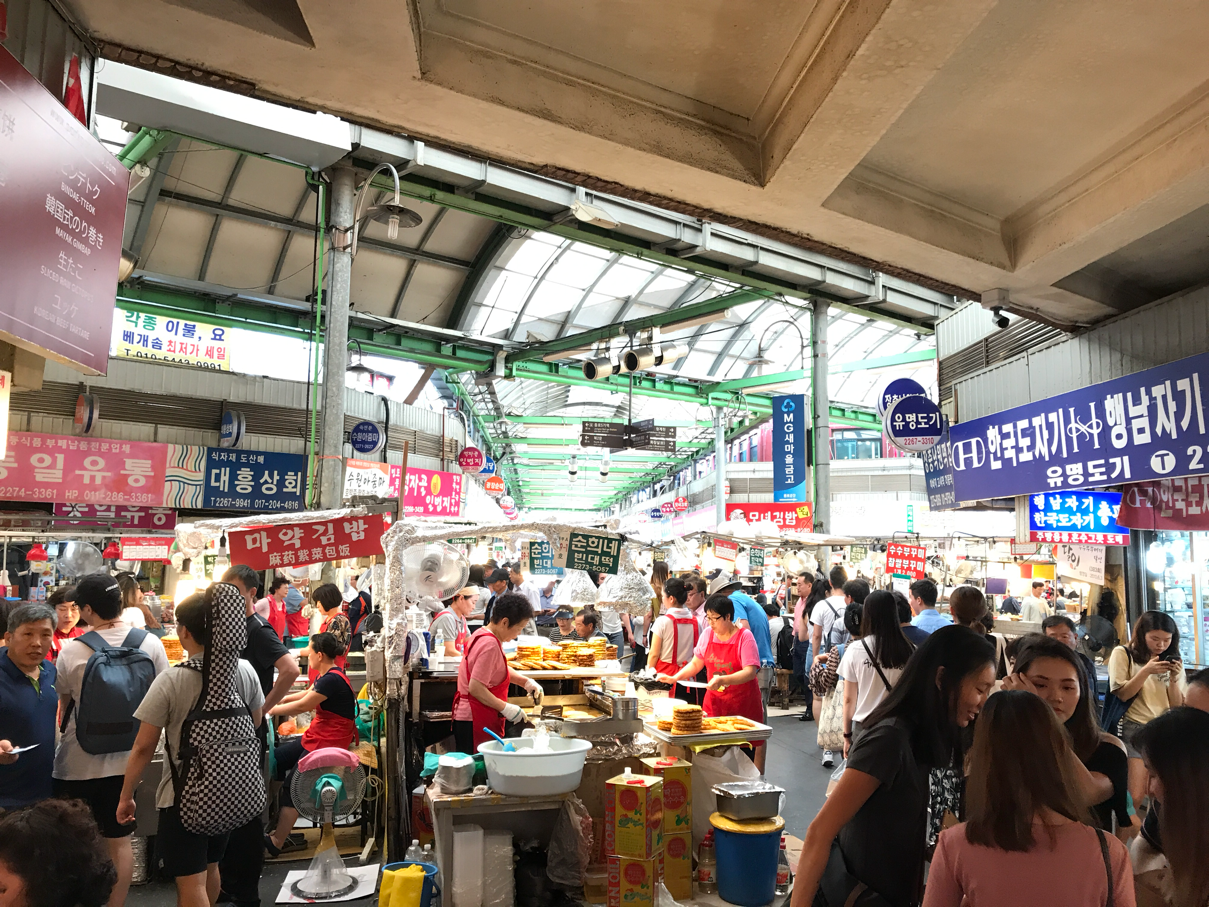 It has been one week since I arrived in Korea, and I have already seen and done so much. On my first day in Seoul I visited Gwangjang Market, Gyeongbokgung palace, and the neighborhood of Insa-dong. It was a day full of trying to absorb elements of a culture that is entirely new to me. This did not fully hit me until I arrived at the market and attempted to order food. At Gwangjang market I ordered the Korean dish bibimbap (translates to mixed rice). It is a dish that usually consists of rice with fresh vegetables and sometimes egg or meat on top. As a vegan, I read prior to coming to Korea that this is a dish that can be easily be made without meat or eggs.
So I attempted to communicate my wish for the dish to made without meat or eggs, and when the dish (pictured above) was brought out I thought my attempt was successful... until I took a bite. What I thought was kimchi on top of the dish turned out to be raw beef. Luckily, I realized this right away and did not finish the dish. Since then I've gotten better at ordering food, and have not had any similar incidents. I have even found multiple restaurants with an all vegetarian cuisine!
It was wonderful taking in elements of a new culture. The first picture in this post was the view after emerging from the Gwanghwamun subway stop and seeing the statue of King Sejong with Gyeongbokgung palace and the mountains as a backdrop. This was something I thought to be unique, and unlike anything I have seen before. The prominence, and clear high regard of what was, adjacent to what is new was stunning (see third picture). 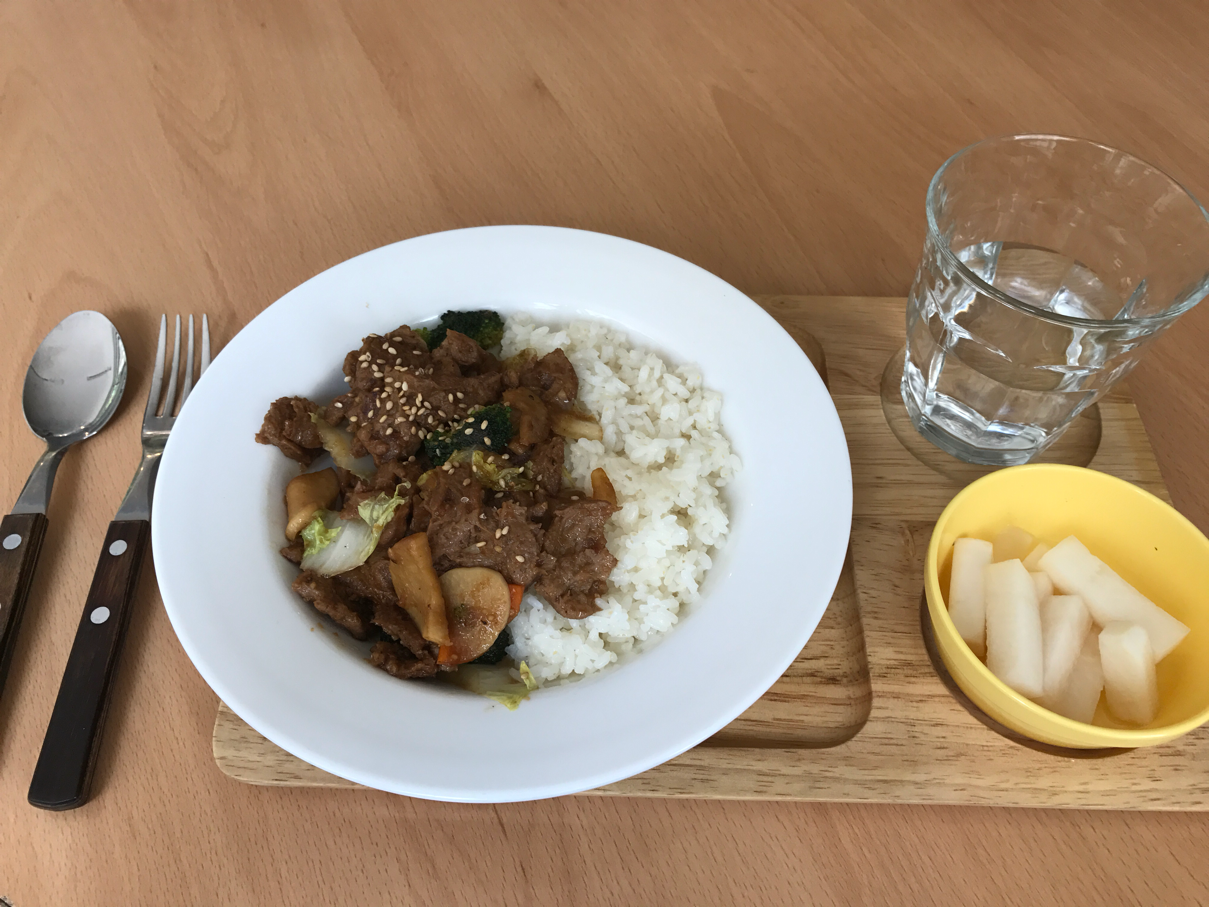 Here are photos from Dal Yang, an all vegan restaurant with lots of flavors from different cuisines. This restaurant is very close to where I am staying. I have already been there twice. The first time I had a vegan version of the traditional Korean dish bulgogi (beef or pork over rice). In this case it was soy meat. The owners were so kind, and gladly informed me of more restaurants to try! I will definitely be returning here. 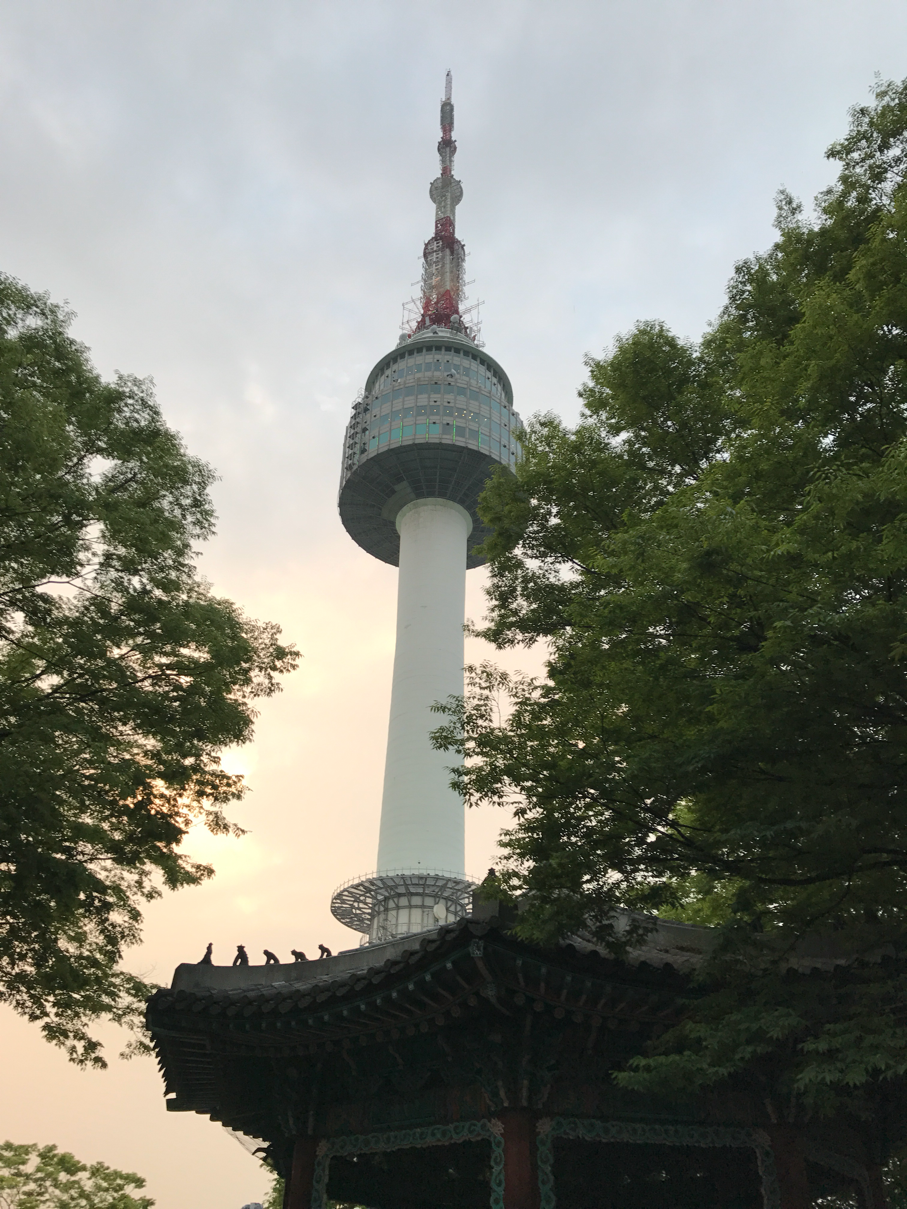 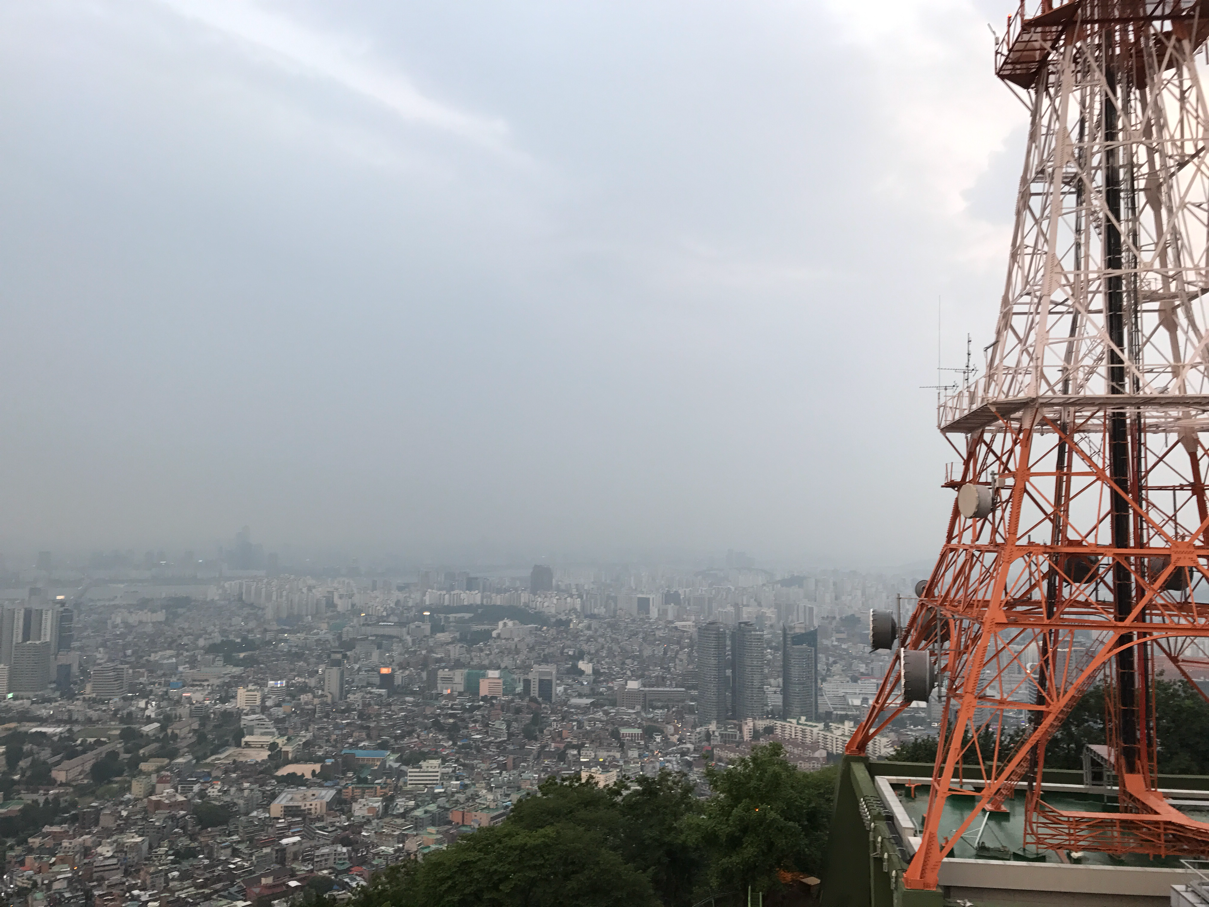 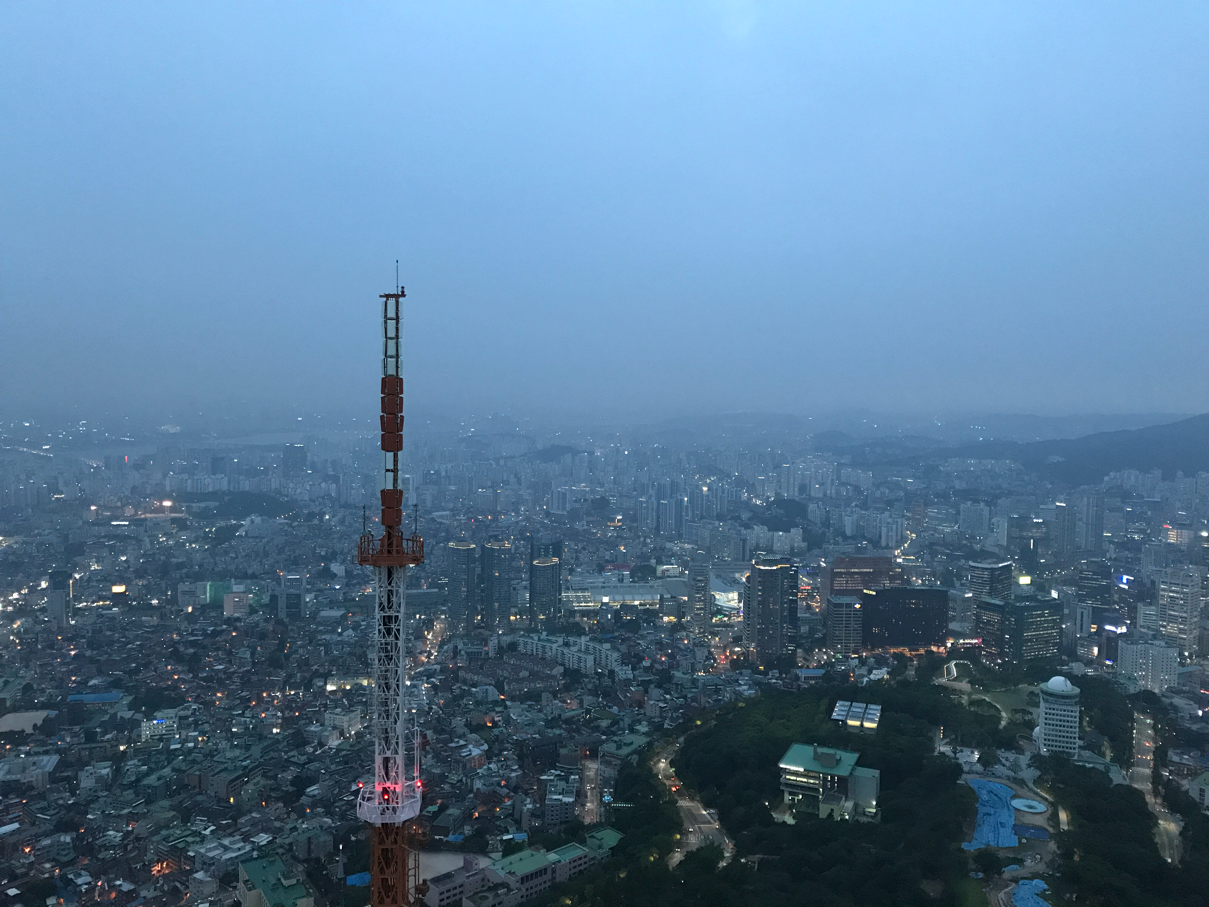 On the second day in Seoul I visited the communications tower on top of Namsan mountain. It was a foggy night, but that did not detract from the view. It was noticeably a tourist destination, and for good reason. 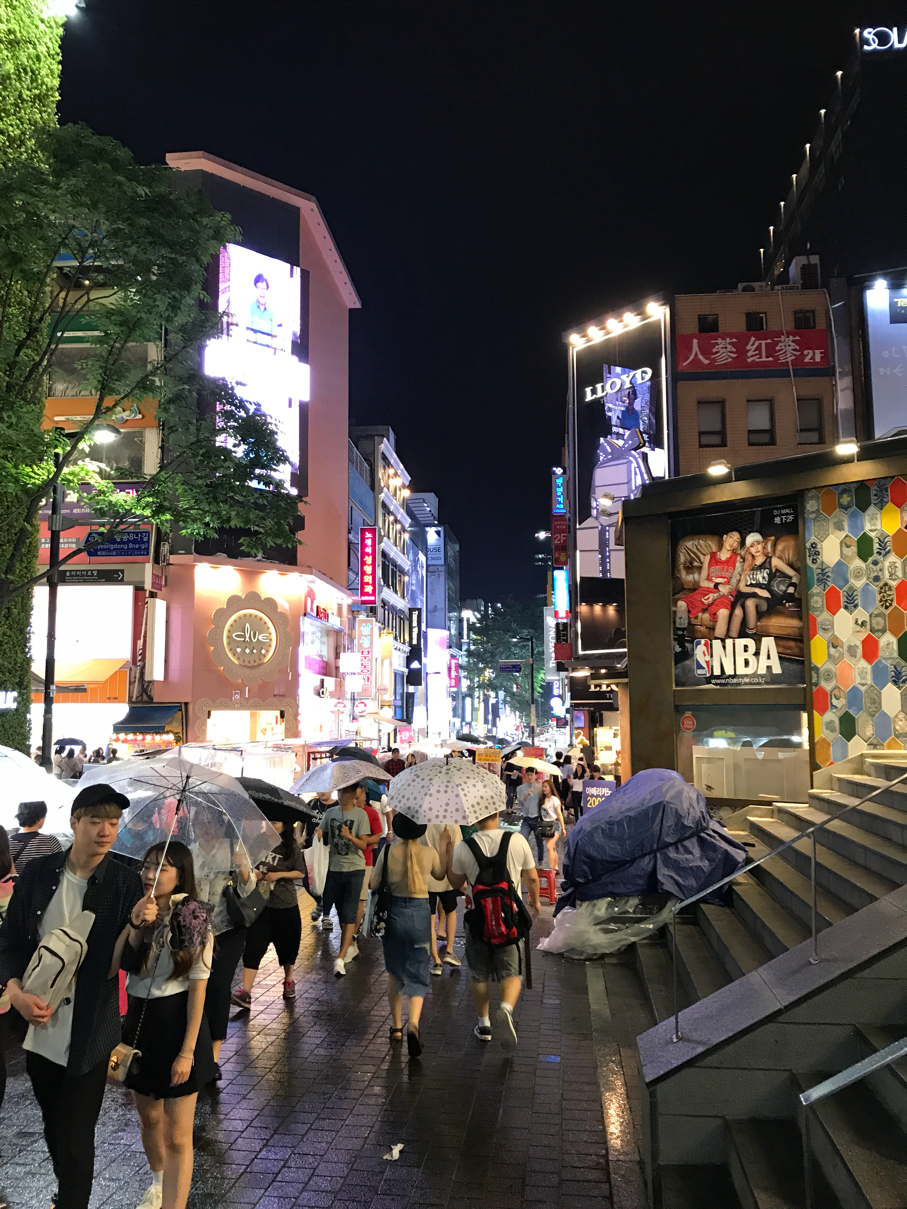 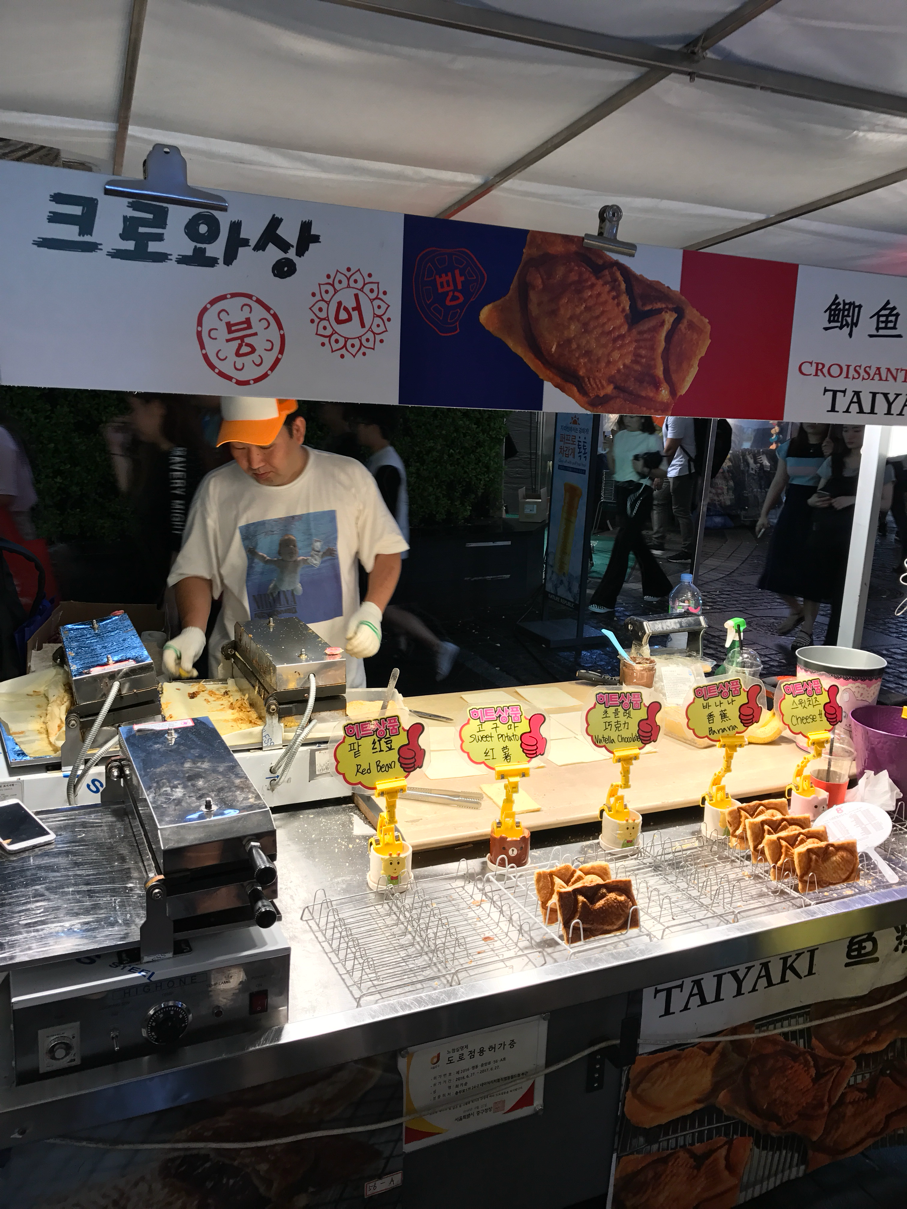 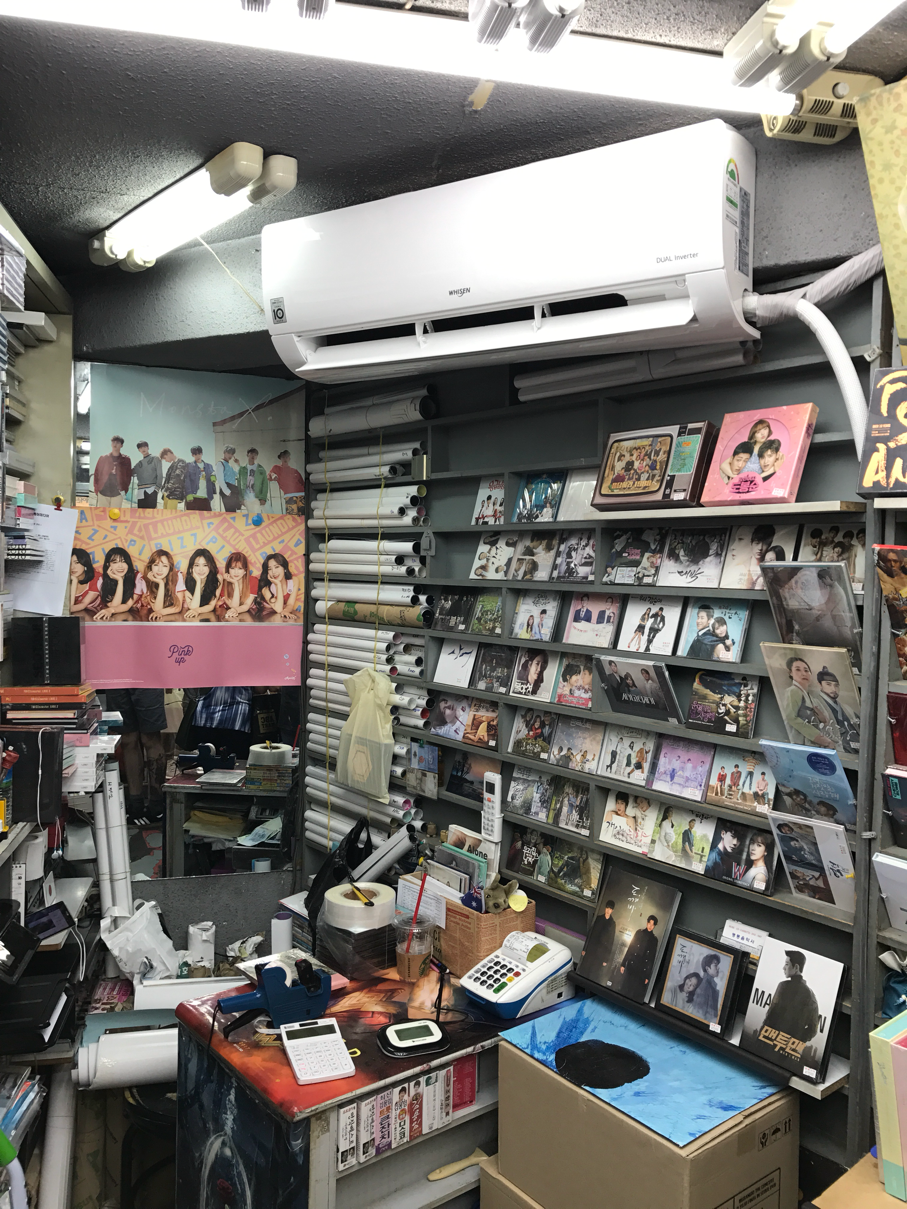 The following night I went to Myeong-dong. A district filled with street food and shopping outlets. Above are pictures from some of the street food, and a music shop that no more than three people could comfortably be in at a time. It surprised me to see that most CDs were packaged inside a hardcover book. Very cool!
More to come!
at July 02, 2017 No comments:

Yesterday I was finally able to see the War Memorial of Korea. It was a heavy place. All the while I thought of all the lives affected by th...